In June the 2010 Adult Club Championship was held in Dartford. Phil, Lee and Seb from Bradford Tomiki Aikido club took part in this championship, were they all won gold! 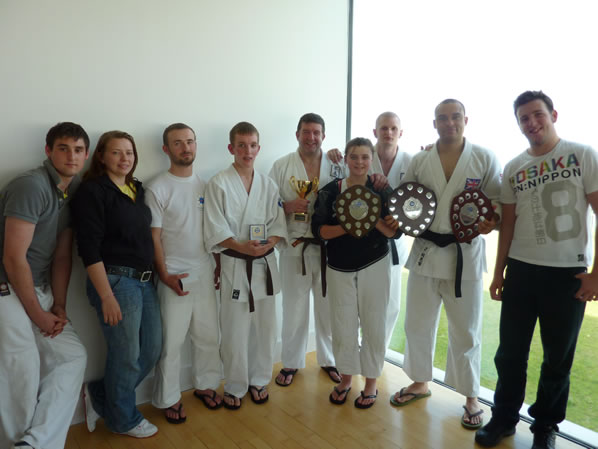 Phil, Lee and Seb with some of the other competitors at the championship.

We hope everyone is staying safe. We do miss you all but we will come back together soon enough. The Bradford Aiki family is strong. Stay safe and take care all. ... See MoreSee Less

On a normal day many of us would be setting off to Aikido about now yet we are at home with lots of spare time on our hands.

When we get back we will have lots of catching up to do but please ensure that you all stay safe in the mean time. We will be back soon enough.

Keep those fitness levels high or that first lesson back is going to hurt!! ... See MoreSee Less

We'll be back before we know it...Stay strong and safe!! ... See MoreSee Less

Given the latest advice and site closures all classes will be cancelled with immediate effect.

The changing situation means that we cannot unfortunately give a date when we will reopen, but will keep you updated via facebook and the website. The hope is to re-open after the Easter school holidays but I can not confirm this.

We ask all members to please take care of each other and as far as possible help other vulnerable members within the community and dojo that might need support.

We look forward to seeing you all back at training as soon as possible, for now be sensible, stay healthy and keep strong! ... See MoreSee Less

Kents Fitness
80 Undercliffe Road,
Bradford
BD2 3BN
11:30 am to 1:30pm : Juniors/Youth (6-15 yrs)
We use cookies to ensure that we give you the best experience on our website. If you continue to use this site we will assume that you are happy with it.Ok